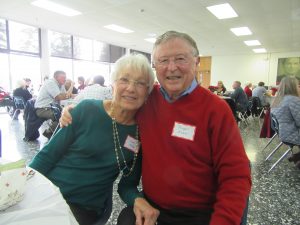 Wine Enthusiast, a world premier wine magazine based in New York, selected Trentino as the Wine Region of the World 2020, “unrivaled in Italy for its diversity.” There are 164
wineries in Trentino, 77% of the production being in white grapes and 23% in red. Organic grapes comprise 12% of the total, and that percentage is constantly increasing. The main
importers of Trentino wines are the US, the UK and Germany.

Wine Enthusiast adds:
“The Trentino region is one of the most dynamic, multifaceted, quality terroir driven wine producing areas in the world today.”

Wine Enthusiast has nominated the province of Trentino as the Annual Wine Star Awards winner in the Wine Region of the Year category.
View on Facebook
·Share

The Project goes on, despite the slowdown due to the COVID-19 situation we all continue to experience.

Thanks to the generosity of our supporters, the project reached half of the budget and this important milestone allowed us to start the selection of the video material.

In 2020 I was able to digitalize part of the Super8 and 16mm footage to be used in the film and in January I started to select footage material covering Washington, Montana and Idaho.

In the next 5-6 weeks, the drafting of what will be the structure of the documentary will begin.

The work is detailed and time-consuming, but the goal is to finalize the documentary by the end of this year, even if the target budget is not reached. Of course, the more support the project can get, the easier and faster it will be to complete

Starting in March, monthly preview sequences of the documentary will be available exclusively for the supporters through the Project website.

If you would like to support the project:
www.italoamericani.org/support.html ... See MoreSee Less

From Visit Trentino:
"A lone stag braves the winter elements, apparently indifferent to the harsh conditions that the cold season can unleash. The mountains and valleys of Trentino boast a rich biodiversity, accustomed to the endless rhythms of the turning seasons, and in winter, when the world seems to rest under a thick mantle of snow, these graceful sentinels, antlers held high, roam the resting forests, guarding its borders.